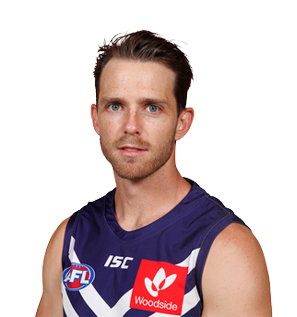 Colyer has played 87 games since being drafted to Essendon from Claremont with pick no.26 in the 2009 National Draft.

After missing the 2016 season through suspension, Colyer bounced back with a career-best season in 2017, playing 22 games and averaging just under 17 disposals.

Colyer missed the start of the 2018 season due to foot surgery, playing eight games after making his return in round 15.

Colyer has demonstrated a clear ability to create scoring opportunities with his impressive speed and he’ll also be a good role model for Fremantle’s younger players.