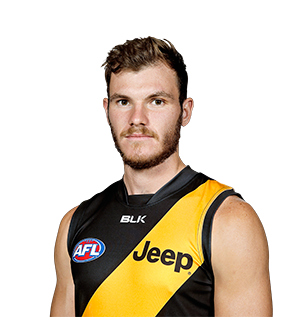 The young midfielder exceeded all expectations in 2015 by playing every game, including his first final.

With his injury troubles behind him, McIntosh enjoyed a breakout season on a wing, where his hard two-way running stood out.

The West Australian is well placed to build on his big gains in 2016 and further establish himself as an AFL midfielder.