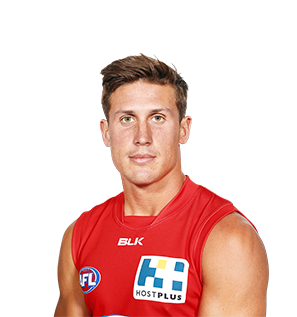 Like many of his midfield counterparts, 2015 was an injury-ravaged year for David Swallow, playing only six games.

The 23-year-old played the opening four rounds before suffering a PCL injury against Greater Western Sydney on Anzac Day in Canberra. Swallow missed nine weeks due to the knee injury, but quickly demonstrated how valuable he is in the midfield during his return against North Melbourne in round 14.

Unfortunately for the West Australian misfortune struck again the following week, with the star midfielder re-aggravating his PCL injury, drawing his season to a frustrating close.

The former No. 1 draft pick will be looking to regain the spectacular from that lead to his 2014 Club Champion award during season 2016.