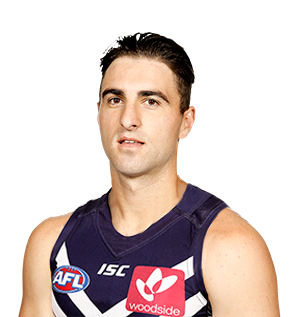 The strong-marking tall forward grabbed his opportunity in the second half of last season. Played nine consecutive games and booted 10 goals before a hamstring injury in round 22 brought a premature end to his season. Impressed playing a supporting role to Tom Hawkins, but is likely to have to fight even harder for his spot following the additions of Mitch Clark and Rhys Stanley, plus the return of Nathan Vardy from a knee reconstruction.