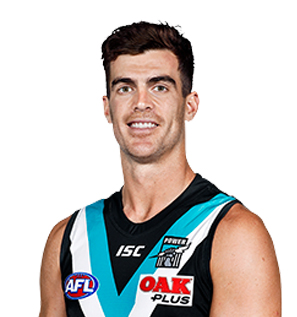 The talented young ruckman had his best season in 2016, playing in 21 games, the most in his career, and taking his game to a new level both in the ruck and up forward. Took the number one mantle mid year when Nic Naitanui missed six weeks of footy and again late in the year when Naitanui innjured his knee. Played on through injury late in 2016, requiring surgery on his knee after the season ended but will be ready for the start of 2017.