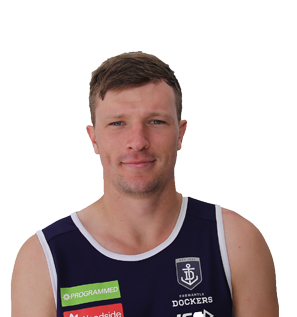 Scott Jones is a 22-year-old ruckman, drafted from East Perth.

Jones has a big strong body, is a great size for an AFL ruck, and is a strong contested mark around the ground and up forward.

The mature-aged recruit showed his ability against Claremont in round 19 with 10 marks (two contested), along with 17 disposals, 23 hitouts, four tackles and a goal.

Jones showed impressive tap work at the ruck contests in 2017. He is a good kick for his size and tested extremely well at the WA State Combine recording a 3.02 sec 20m sprint which is elite for his size.