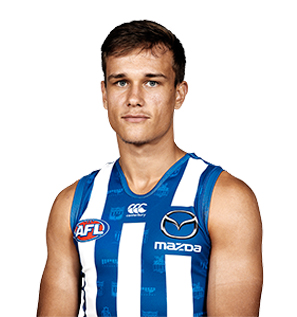 North’s third pick in the 2017 National Draft, Subiaco prospect Kyron Hayden is a big-bodied midfielder, able to go both inside and outside.

His mature body for his age comes as a result of missing a year of football in 2016 with osteitis pubis, which he used to bulk up to gain a strength advantage over his peers.

Added strength wasn’t the only advantage Hayden was able to develop, as he broke Nic Naitanui’s long standing running leap record at the NAB Draft Combine.

Shoulder surgery in late 2017 means that Hayden isn’t expected to be fit until the start of the 2018 season, but he is certainly an exciting prospect with a shot of playing AFL football in his first year.