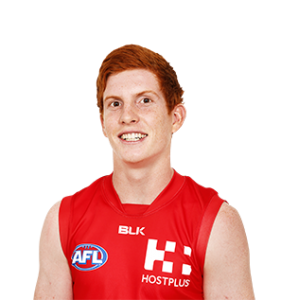 There is no doubt Joshua Schoenfeld is already an elite athlete. At the 2015 NAB AFL Draft Combine the West Australian set a new record in the 3km time trial and achieved the second best shuttle run in combine history, behind Hawthorn’s Billy Hartung. An intense pre-season with the SUNS has also seen him add close to 7kgs of lean muscle to his frame.

The 18-year-old is already benefiting under the watchful eye of Matthew Lappin and is showing considerable progress with this positional play development. Earmarked for a wing role, Schoenfeld’s endurance capacity compliments his playing style perfectly.