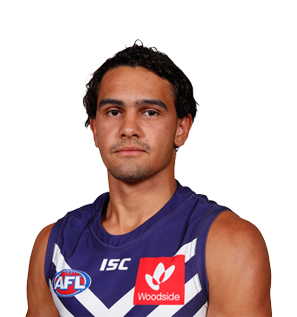 Fremantle have secured Next Generation Academy product Jason Carter to their playing list, with the 18-year-old signing as a category B rookie on Friday. Hailing from Wyndham in the Kimberley, Carter is the first footballer from his hometown to be selected on an AFL list. The running defender/winger joined Fremantle’s NGA in 2016 following an impressive NAB AFL U16 Championships, where he was named All Australian. Injuries interrupted Carter’s 2017 season but he went on to be selected to represent WA at the NAB AFL U18 Championships in 2018. At the WA state combine, Carter recorded a 2.87 second 20m time, which was faster than any time recorded at the national combine.