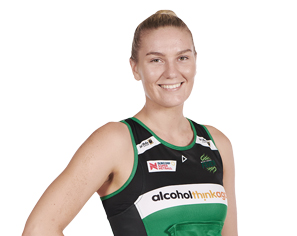 She has played every test since her debut, refining her game each time she steps out on court.

The intercept defender stamped her authority in Fever’s defensive end in 2017 and has started in stellar fashion in 2018; her determination to get to every ball a feature of her game.