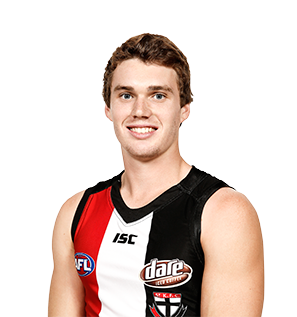 Young midfielder Blake Acres managed seven senior games in his second season at St Kilda as he continued his development.

The athletically gifted West Australian played four games in a row in the middle part of 2015, before he returned to Sandringham and suffered a broken hand which sidelined him for three weeks.

The 20-year-old returned for two more senior games late in the year, taking his tally to 10 senior appearances in his first two seasons in the system.

Acres played eight games at VFL level last year, primarily in the midfield, where he is viewed as a component of the clubs future engine room, alongside the likes of emerging youngsters Luke Dunstan, Jack Billings, Maverick Weller and Jack Newnes.